Marine Biology
A day was spent at Tongue Point exploring the rocky beaches and finding all the different life forms unique to that biome.


Ecological Biomes
Washington State is unique in that eight different biomes can be found within driving distance.


Environmental Studies
Preparations were being made to de-construct the El-Wha Dam over a three year period.  Construction of the dam had brought electricity to the peninsula, but blocked the majority of the salmon runs.  Tearing down the dam would restore the salmon, but would threaten new species that had found their niches in these environs. 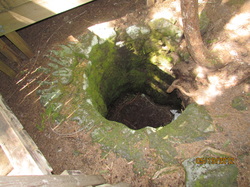 The Tale of Two Mountains
It was fascinating to compare two active volcanoes: one that has an recently eventful eruptive period, and one that has been silent.
Proudly powered by Weebly